Home » Springtomize 5 for iOS 14 customizes iPhone like never before 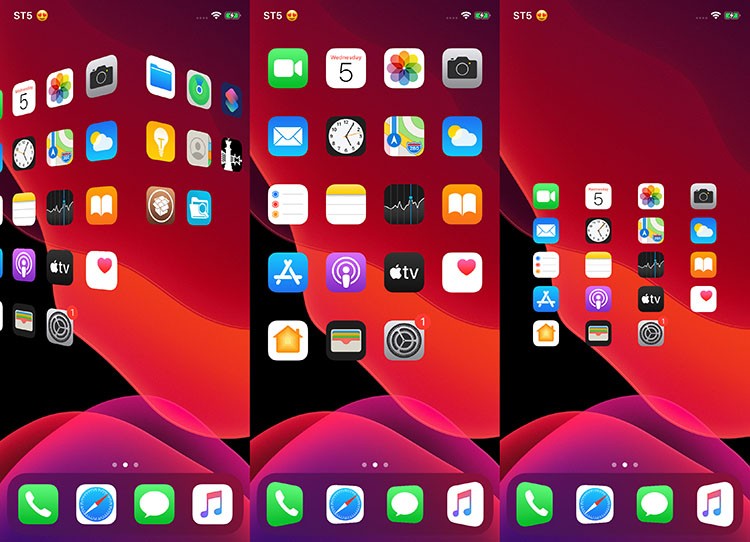 However, although various developers had released many customization tweaks, Springtomize 5 is the only tweak that can customize your Springboard the way you like. It offers more than 100 different options for iOS 14. With this tweak, you will have complete control over the number and size of icons on the Home Screen, animations, how your device looks and behaves.

Once installed, it adds a unique preferences pane to the settings app. Like previous versions of the tweak, Springtomize 5 for iOS 14 brings a plethora of options for different aspects of the Apple mobile operating system, including:

The users can further customize the above features. For example, see the screenshot below.

Once you have configured the tweak as you wish, you can use the Respring button at the top right of the primary preferences window to save any changes, and you do not need to press the respring button to save some changes.

Incredibly, this update of Springtomize 5 especially allows jailbreakers to disable the app library on iOS 14.

Springtomize 5 lets you save individual profiles in your settings. So, it allows you to switch between different configuration schemes without having any delay. Moreover, users who customize the theme will like this tweak as it can be used to quickly change the look and behavior of the Springboard to go with any theme.

Finally, Jailbreakers who are interested in experiencing the tweak can purchase it for $4.99 from the Packix repository.

Will you be purchasing Springtomize 5 for your newly jailbroken iOS 14 device? At last Please, let us know your idea in the comments section below.

How to get safari back on iPhone in iOS 14

How to get safari back on iPhone in iOS 14

How To Change iPhone Hotspot Name in iOS 14