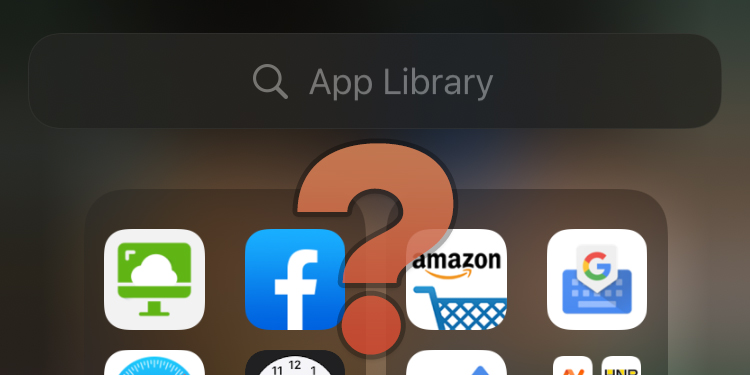 App Library is one of the greatest changes Apple has ever made to the iPhone with new features with the release of iOS 14 this year. It is a new feature that provides a one-page layout of all apps on your iPhone. App library feature organizes all the apps automatically like newly downloaded apps, suggestions, at last, Home Screen. Further, there is also a Search function that allows users to find the software that you are looking for. Apple has been redesigning the home screen in iOS for years. The App Library is not only a new feature for users but also a place to hide unused apps. But, while many users have already started adapting to it and some are not.

I have read various comments and discussions on forums, social sites where users are expressing how irritating the App Library is.

Unfortunately, there is no luck with hiding App Library iOS 14, and you can not turn off App Library iOS 14 because that feature is enabled by default as soon as you update to iOS 14. However, you do not need to use it if you do not like it. So if you want to remove App Library entirely behind your Home Screen Pages, your iOS device has to be jailbroken.

How to disable App Library with jailbreak?

Some users will not need this tweak, but for those who want to customize their Home Screen, this will useful jailbreak tweak.

App Library Disabler free tweak is available to download from the BigBoss repository. Tomasz Poliszuk has open-sourced the code on GitHub for those who want to learn more about the tweak.

We hope Apple will implement this feature to every iPhone running iOS 14 or later versions. Till then, there is no way to disable, hide, or remove App Library on iOS 14 without jailbreak your iOS.