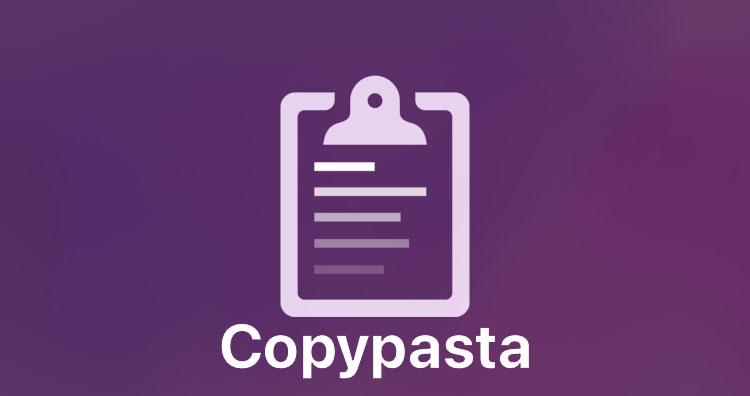 The native clipboard for iOS offers a simple way to copy and paste between iPhone or iPad apps. Copypasta Tweak, a clipboard manager for iOS 14 from Napeta and Litteeen are improving the features displaying the history of copied elements. Moreover, Copypasta also reveals the app that copied the clipboard entry.

Eneko is another great jailbreak tweak that can apply video wallpapers to your home screen. It’s another release from iOS developer Litteeen.

What is Copypasta tweak?

As you will see in the screenshot examples above, Copypasta adds a specialized grabber to the keyboard’s bottom whenever you begin typing on your iPhone. Once tapping on the grabber, it launches the Copypasta interface, allowing you to see everything you have copied or cut elsewhere in iOS.

From the preference pane in the Settings app, you can switch on or off the tweak. Many options are available to customize the tweak, and they are as follows:

Copypasta is a perfect clipboard tweak for iOS 14, and Apple should copy the idea to the official iOS.

Copypasta Cydia tweak is available for free at the Wondercafé Repository. Copypasta is fully open-source, and source code is available via the official GitHub page.

If you have not already added Copypasta Repository to your Cydia repository, you can add this to your Package Manager from the following URL: https://repo.litten.love.

If you think it’s better to use Copypasta, a clipboard manager for iOS 14, let us know what you think in the comments section below.

The macOS Big Sur 11.2 update is now available for all users