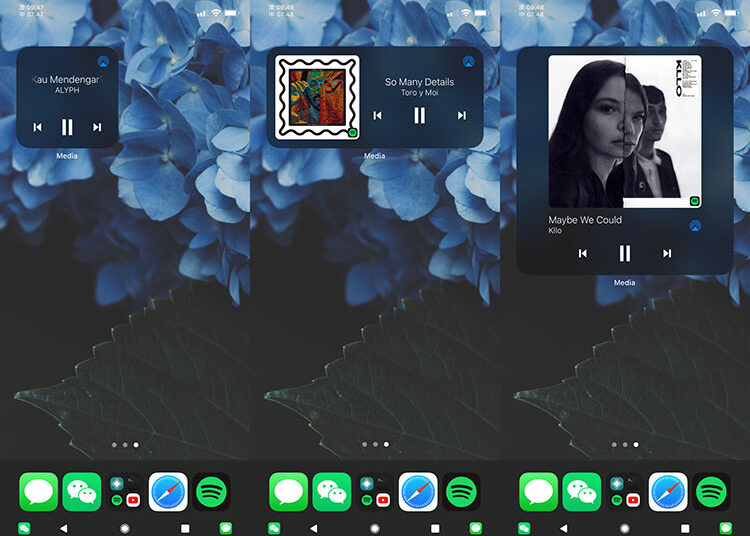 By default, iOS 14 does not provide home screen widgets significantly, and the absence of a home screen widget for music and Now Playing Content. Fortunately for Jailbreakers, MediaWidget is a newly released jailbreak tweak by iOS developer Ginsu that brings a Now Playing widget to anyone who wants one on their home screen. In other words, MediaWidget for iOS 14 tweak brings a fully functional media widget to iOS 14.

From the screenshot examples above, you can see that MediaWidget integrates seamlessly with iOS 14’s widget system and home screen. It supports different sizes, displaying more or less information on each scale.

After entering the “Jiggle” mode and you can tap the “+” button at the top left of the screen. Then, you can add the widget to the home screen.

The Media Widget is a great way to see what this tweak is playing for convenience on the home screen.

Those who want to try the MediaWidget can buy it for $ 1.00 from the Packix Repository. The tweak update supports iOS 14 devices only.

Note: As noted by the developer, if the widget doesn’t show in the widget picker menu, you probably have to run the UICache command on your iOS 14 device.

Do you want to add a particular media widget for iOS 14? Let us know why or why not in the comments section below.

How to find the secret pinball game in Google's iOS app