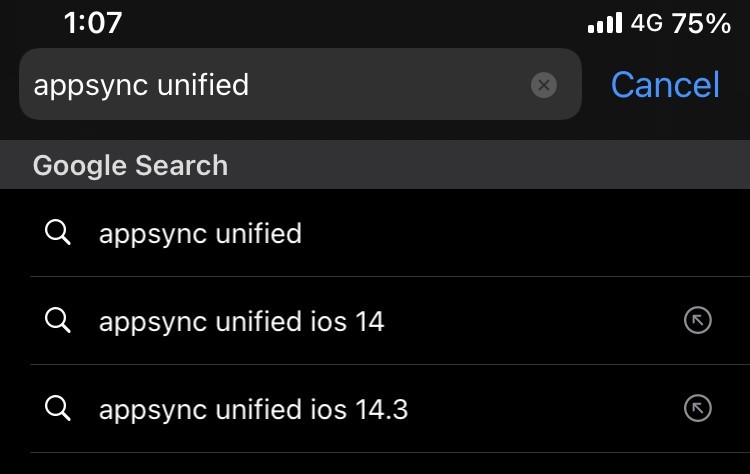 AppSync Unified is an essential jailbreak tweak for jailbreakers to assist users in installing unsigned, fake-signed, or ad-hoc signed IPA apps effortlessly without revoking. Now you can install the Appsync from the official Cydia Repo. The latest version of AppSync Unified also works on all iOS 14 versions.

What is AppSync Unified?

AppSync Unified allows users to enable the ability to install unsigned/fake signed iOS applications for jailbroken iOS devices. Furthermore, you can also use it to,

However, the iOS developer Karen has developed AppSync Unified 90.0, a Massive rewrite of AppSync Unified that now fully supports all current iOS 14 versions—also, he has improved the experience for all other iOS versions, even iOS 5/6.

So, we should not use AppSync Unified to pirate iOS apps and assist developers by not using cracked versions of apps.

After jailbreaking your device using tools like unc0ver or checkra1n, you can install any IPA apps directly on your iPhone.

You can download the official AppSync Unified 90.0 for free from Karen’s repository via their favorite package manager.

If you have not already added Karen’s repository to your Cydia repository, you can add this to your Package Manager from the following URL: https://cydia.akemi.ai/.

You need to move a few steps to install the tweak from Cydia Sources. You can follow the below steps to Install Official AppSync Unified for iOS 14 – iOS 14.4. Firstly,

Then, according to Karen, if AppSync Unified is not working after installation, reboot your device or run LDrestart to activate it. You will only need to do this ONCE. If you do not know how to LDrestart jailbroken iPhone in iOS 14, you can refer this article.

DoABarrelWall helps to pick the perfect wallpaper for iPhone