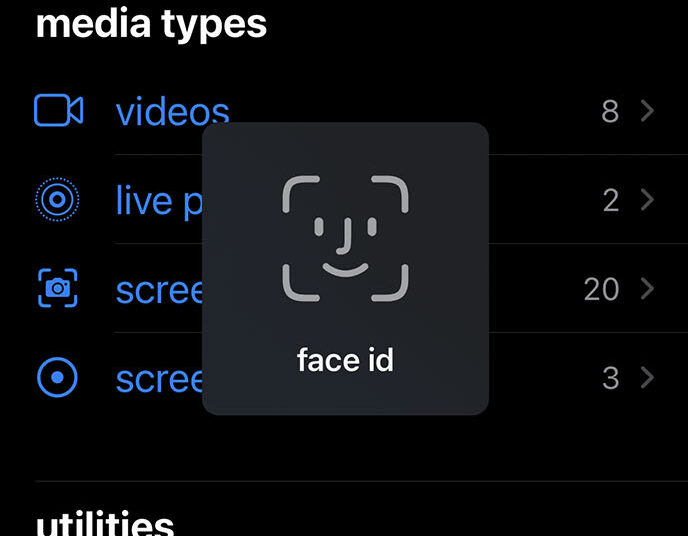 A photo library is a personal thing on a person’s phone. There may be photos that affect their extreme privacy or something. In another way, most of us have a few pictures in our Photo Library that we might want to keep to ourselves, especially when handing over our phone to a friend or guest. However, Apple has included a ‘Hidden’ album dedicated to the photo app by default, which can be used to omit certain media from the photo library. But unfortunately, it does not protect in any way using a Passcode, Touch ID, or Face ID. So, the hidden photos section is not much secure, as anyone can simply access it in the Photos app without any additional verification.

If you are concerned about privacy, HiddenLock14 is a new and free jailbreak tweak by iOS developer Yan that requires a user’s authentication before opening the ‘Hidden’ album in the photo app.

You will see that the user must authenticate with the Face ID before opening the ‘Hidden’ album in the Photo app from the screenshot above. Surprisingly, Apple did not have a feature to protect the album through the iOS or iPadOS operating systems. Therefore, we recommend you get support on HiddenLock14 jailbreak tweak for your jailbroken iPhone or iPad.

Note: It also works with the Touch ID perfectly in iOS 14.

In particular, HiddenLock14 does not come with other options to configure. Using it is as easy as opening a photo app and navigating to a ‘Hidden’ album. You will then need to authenticate which security method your iOS device is set up for. In this case, it is Face ID. However, if you need to disable it, you must uninstall the HiddenLock14 tweak.

If you want to hide your private, sensitive photos or media and protect that data, HiddenLock14 is for you. This tweak is available for free from Yan’s repository through your favorite Package Manager. HiddenLock14 supports jailbroken iOS 13 and iOS 14 devices.

If you already have not added Yan’s repository, you can add it to your Package Manager with the following URL.

Do you intend to save the ‘hidden’ album on your mobile phone with the new HiddenLock14 tweak? Let us know what you think about the tweak in the comments section below.